Festivals are back on! Yes, after two fretful years of disrupted fun & frolics, there’s a summer sizzler of festivals ready to rock your world, whatever you’re into… writes Liz Nicholls

Close your eyes and imagine you’re in your happy place… Maybe you and your tots are wafting amid rainbow bubbles, singing along to Justin Fletcher, deluxe doughnut in hand? Are you waiting for the bass to drop beneath the strobe lights as the stage is set for Pete Tong or Orbital? Supping a craft ale getting crafty on your village green? Getting grimy at Reading..? We all have different ideas of a good time.

Whatever your jam, there’s a festival for you.

The excitement among musicians, as well as everyone involved in the festival scene, is palpable

Ronan Keating, who stars at this year’s Cornbury, tells us: “It’s just great to be back on stage with my band again. After the last couple of years I think everyone feels a huge sigh of relief that we can all get back together again to do something we truly love. I was due to perform at Cornbury in 2020 but understandably everything had to be moved. It’s a great line-up with Bryan Adams, James Blunt and then me on the Sunday. I was lucky to be able to release two albums during the pandemic, Twenty Twenty and Songs From Home.

“It will be great to be back on stage and play some of the new tracks along with all the hits from my solo years as well as a few of the great Boyzone hits that everyone loves. I’m still loving being live on Magic Radio every week day morning, along with Harriet Scott, and you’ll still be able to see me each week on the sofa co-hosting The  One Show. I feel very lucky to be in people’s homes across the UK each day on TV and radio but finally  being back on stage is the thing that’s making this year so special.”

So, here’s a round-up of the big & small gems which are all set to dazzle between now & the end of summer…

Cookham Festival in Bucks is a celebration of the arts by the village for the village, 6th to 22nd May. You can enjoy music, spoken word, workshops, kids’ fun, sculpture & more; visit cookhamfestival.co.uk 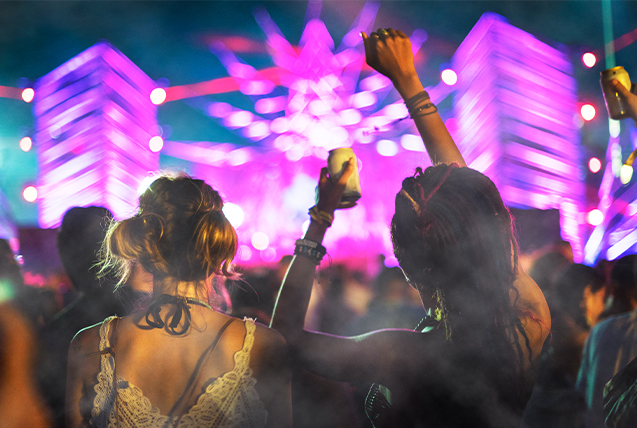 Are You Listening? Alfie Templeman, Pip Blom, Pixey & dozens more will rock Reading in aid of Mencap on 7th May; areyoulistening.org.uk. And there are classical delights aplenty at Newbury Spring Festival, 7th-21st May; newburyspringfestival.org.uk

Amesbury Arts Festival has two performances open to the public: Scouting for Girls, Indie-pop, 25th May, 7.30pm, and live stand-up comedy from Iain Stirling on 26th May, 7.30pm. Both be held in the school’s magnificent grounds in Hindhead. But tickets via EventBrite, visit amesburyschool.co.uk/artsfestival2022

“Probably the finest free music and beer festival in the world…” Rokefest will rock The Home Sweet Home in the glorious Oxfordshire countryside, 27th-29th May, starring Bottle Kids, The Skandal, the MFU & more, all for great causes; rokefest.com

Among the many festivals DJ Yoda, AKA Duncan Beiny, will perform at this year is the fabulous Great Estate in Cornwall, 2nd-5th June which also stars Manic Street Preachers, Electric Six, The Sugarhill Gang and more; greatestatefestival.co.uk. The turntablist is looking forward to this summer…. “Oh god I’m champing at the bit!” he says. “If anything I feel a bit nervous about it.  I’m even seriously getting myself in physical shape for it with diet and exercise. The pandemic ruled travel out for ages which was grim for me; I’m looking forward to getting to New York, Austria, Portugal, Ireland. Kaleidoscope festival at Ally Pally is near where I grew up so I’ll see a lot of old friends, that will be really special for me. Musically there’s Mostly Jazz in Birmingham [8th-10th July; mostlyjazz.co.uk]. Standon Calling [Hertfordshire, 21st-24th July; standon-calling.com] is always good, Y Not? is always good… [Derbyshire, 29th-31st July; ynotfestival.com]. It’s going to be week-in, week-out party times. As a DJ I’m constantly checking out new artists. My favourite rappers at the moment are Roc Marciano and Your Old Droog and I really rate the singer Grace Lightman. I love seeing other acts at festivals so this quest lives in my head very much, I can’t wait!” 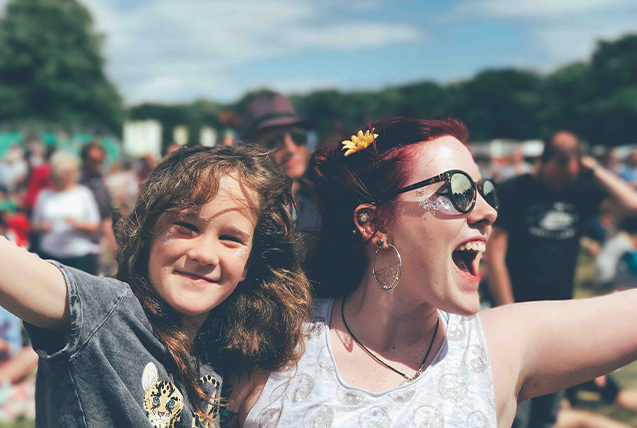 All hail the return of The Isle of Wight Festival!

Beacon Festival returns to raise funds and spirits in Watlington on 17th & 18th June, with a Queen tribute, Noble Jack, Kioko, Fontana, SkaSouls UK, Chic to Chic and lots more across four stages. Over the last decade the eco-friendly festival with a free shuttle bus & camping has raised more than £25,500 for local charities; beaconfestival.net 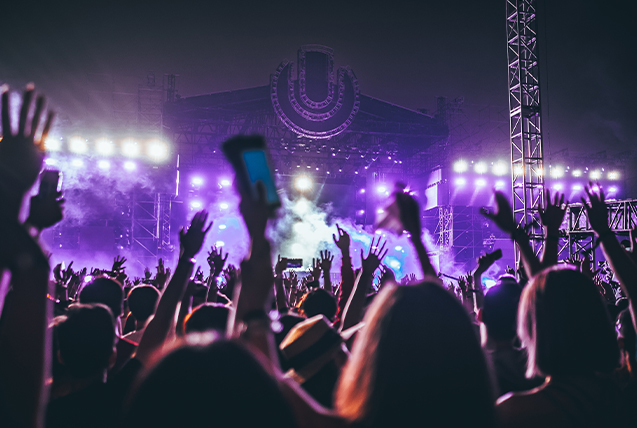 We can’t not mention Glastonbury in a festivals special… If you’re lucky enough to have bagged a golden ticket, at the end of June, you can enjoy Paul McCartney, Billie Eilish, Diana Ross and legions more… If not, watch from the sofa!

Haslemere Fringe Festival, 1st-3rd July, has music, comedy, dance and more, 1st to 3rd July. Sleeper, Sophie Ellis-Bextor & The Feeling will star, along with so many more stars, at this community highlight with heart; haslemerefringe.co.uk

A trip to Devon is always a mood-booster

And if you’ve got a ticket to sold-out “Godfather of the small festival scene,” Truck in Steventon enjoy Sam Fender, Blossoms, Kelis, Black Honey & more; see truckfestival.com for resales.

Reef, The Hoosiers, the Leylines & Dodgy will star at Fi.Fest in Maidenhead on 9th July; fifest.co.uk. And arrive thristy for Twyford Beer Festival, which is alweays fun, and raises money for male cancer charity Orchid, 10th & 11th July; twyfordbeerfest.co.uk

On 16th July head to Newbury to enjoy Weatherby’s Super Sprint Day & Party in the Paddock with the one and only Craig David; newburyracecourse.co.uk

Pennfest near Beaconsfield is one of our favourites here at Round & About Towers The funfest on 22nd & 23rd July has another banging line-up to rev up the Bucks countryside, including Clean Bandit, Sugar Hill Gang, Rudimental, Grandmaster Flash, Shola Ama, The Hoosiers & more; pennfest.net.

Cornbury Park is the wondrous setting for the thrilling Wilderness Festival, 4th-7th August. Wellbeing, theatre, thought-provoking workshops and more will keep you stimulated, and Underworld, Years & Years and Roisin Murphy are some of the gems on the musical line-up; wildernessfestival.com

The brilliantly bonkers Boomtown Fair team are building the Main City for a revitalised living theatre festival on the theme of The Gathering, 10th-14th August in Hampshire’s Matterley Estate, boomtownfair.co.uk

Enjoy wings, wheels and steam with your bands with Retrofestival in Newbury, 12th-14th August; retrofestival.co.uk