Thankfully this was the low point for gin and the spirit has rebuilt its once-tarnished reputation to become the UK’s most popular alcoholic drinks. Gin’s popularity has been helped by upmarket gin bars, ever-growing gin festivals and distilleries offering delicious varied botanical flavours. 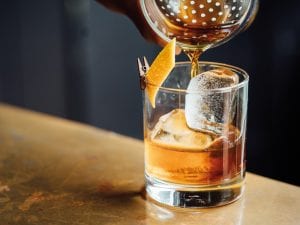 One such distillery is Ripley-based Distillers of Surrey, producers of bespoke spirits. Head distiller Simon Sherlock says: “I was inspired by the gin renaissance and really loved the creativity of distilling spirits. I’ve always dreamt of opening my own distillery and releasing truly small batch, hand-crafted spirits. Distillers Of Surrey is focused on providing distinctively different spirits of unparalleled quality. We are unhindered by the trappings of large-scale production, focusing entirely on quality and ethics.”

After hearing a radio show about the gin revival in 2016, friends Helen and Kate decided to set up a distillery, buying a beautiful Portuguese copper alembic still “using the money we would usually have spent on gin”. , set in a gorgeous 170-year-old barn in Dorking’s Punchbowl Lane, creates batches of superb gin, including the winter-spiced Gutsy Monkey infused with ginger, thyme, Jamaican allspice, coriander seed, black pepper and cumin. Visitors are welcome and there are experience packages on offer.

Elstead Village Distillers, based at the 500-year old Thundry Farm in the Surrey Hills, was formed by Paul Shubrook and Neil Redit who decided to embark on their current journey at a gin-making event in London. What they produced was enjoyed by their friends and formed the basis of their first products – Original Gin and Sanctuary Gin – and eventually led to their flagship Thundry Hills Gin – The Spirit of the Hills.

Bombay Sapphire is one of the most popular gins on the market and its fascinating history can be seen first-hand at its heritage workshop and working distillery at Laverstoke Mill in Whitchurch. Charting more than 1,000 years of the mill, the heritage host tour showcases the history of this prestigious site with a range of artefacts, photos and historic documents. Bombay Sapphire has restored the beautiful Georgian and Victorian buildings to their former glory, and the Self-Discovery Experience allows visitors to take their time to explore the distillery and, of course, enjoy a free cocktail in the Mill Bar alongside the beautiful River Test. 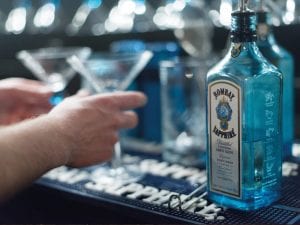