Blenheim beauty is the backdrop for Nocturne Live stars. Singer/songwriter Mick Hucknall chats about being back on the road performing as Simply Red get set to star at Nocturne Live at Blenheim Palace on 15th June

“What I’m most looking forward to about going back on tour is the audience because I think all of us have been through so much,” says Mick. “Some of us have lost family and friends, which is clearly a very emotional thing, and I just want to be a reassuring figure to the audience that we’re here, you know, entertaining them with the music they clearly love because they’re at the shows.

“The other part of it is that there’s great camaraderie between the band and I’ve missed them and very much look forward to being on a stage. And I know that we’re all gonna be really proud and thrilled to be performing to the audience.”

Q. Is there anything you don’t like about being on tour? “Well, you know, maybe three years ago I would have said yes, but I’m now saying there’s nothing, because I’m actually quite thankful to just even be on tour.”

Q. Without being able to perform over lockdowns, what has helped you cope? “Well, during the pandemic I’ve been lucky enough to have a family and we’ve been in it together, and we’ve had to deal with it like every other family has. I feel particularly for those people that don’t have a family, who have been on their own throughout this time. And again, that’s one of the beautiful things about being on the road is that you can actually be part of their family by having them come to the show and share the experience. The other thing I’ve been doing in the pandemic is writing songs, so that’s been a very positive experience and I’m hoping to share some of that music with you when the time is right, in the autumn I would think.”

Q. What can the fans expect from the tour? “Well, I want to effectively give the fans what they want. We’re gonna perform our ‘best of’, we’re gonna perform the biggest songs of our career and some familiar album tracks from over the years, but it’s just gonna be a real review of the story of Simply Red from 1985 to now, and we hope to give you the big hits.”

Support acts for next summer’s event include the likes of Macy Gray, Deacon Blue, Brand New Heavies, Nerina Pallot, Jimmy Cliff, Aswad and James Morrison (full details below). Tickets, along with a limited number of VIP packages – which provide an exclusive opportunity to dine in the State Rooms of Blenheim Palace – are available from www.nocturnelive.com.

From classy garden furniture to wacky ornaments for your backyard there was no end to the inspiration on offer at Blenheim Palace Flower Show.

Some of the creative displays stopped me in my tracks and there was so much to see and learn. You need to go round at least twice to see everything.

As someone who knows nothing about flowers, I was inspired and excited to improve my garden this summer and bring in some of the more quirky ideas I saw. Succulents in household objects was a personal favourite. I saw a lot of people had purchased foxtail barley (Hordeum Jubatum) and my FOMO made me buy some too – I’m planning to build an ornamental grassy display with a variety of sizes and colours.

The Grand Floral Pavilion greeted us with an array of gorgeous colours and smells that filled the marquee. The floral carousel was a highlight, created by RHS Medal winner Mig Kimpton – impossible to pass without taking a snap. 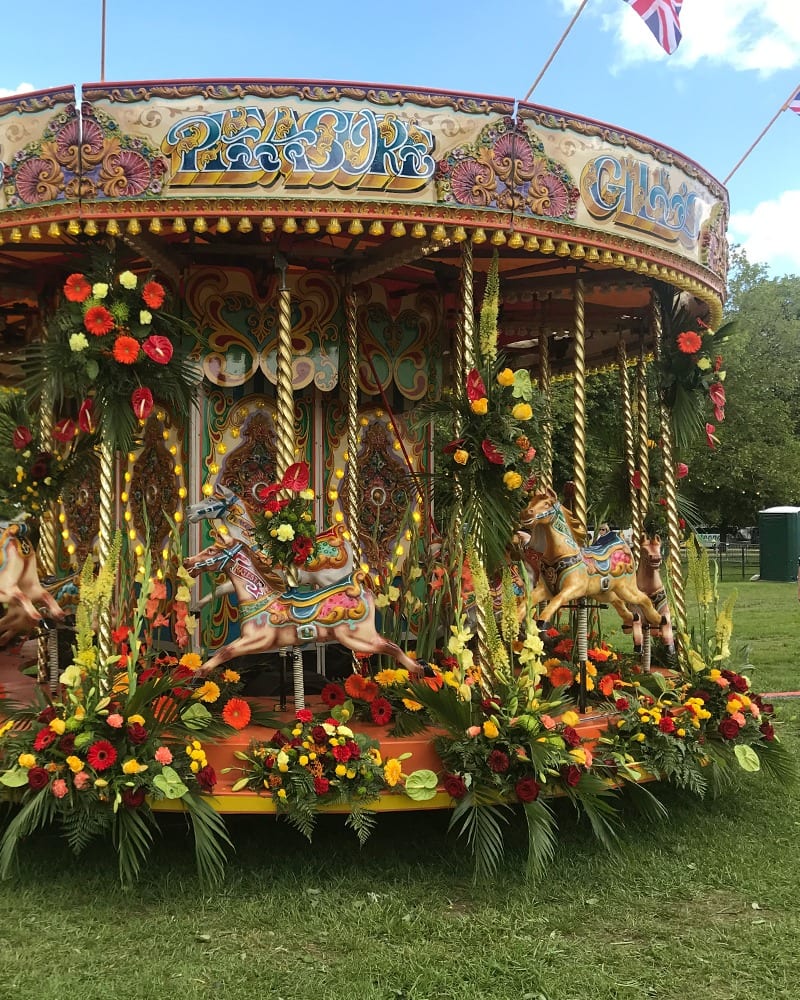 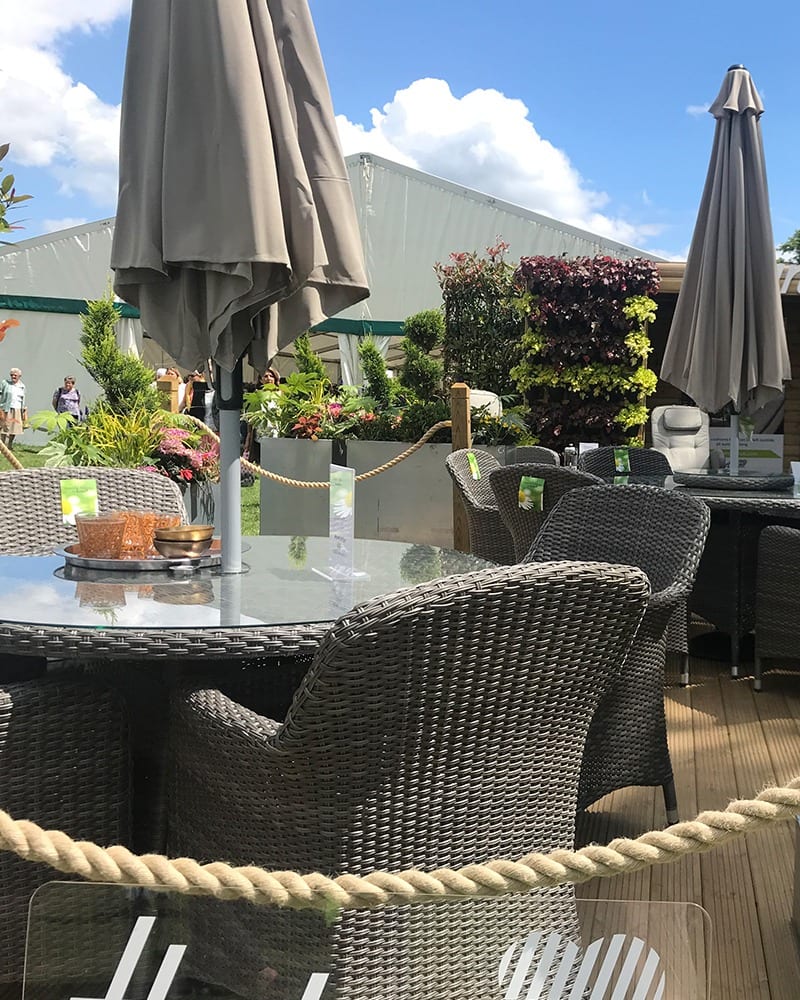 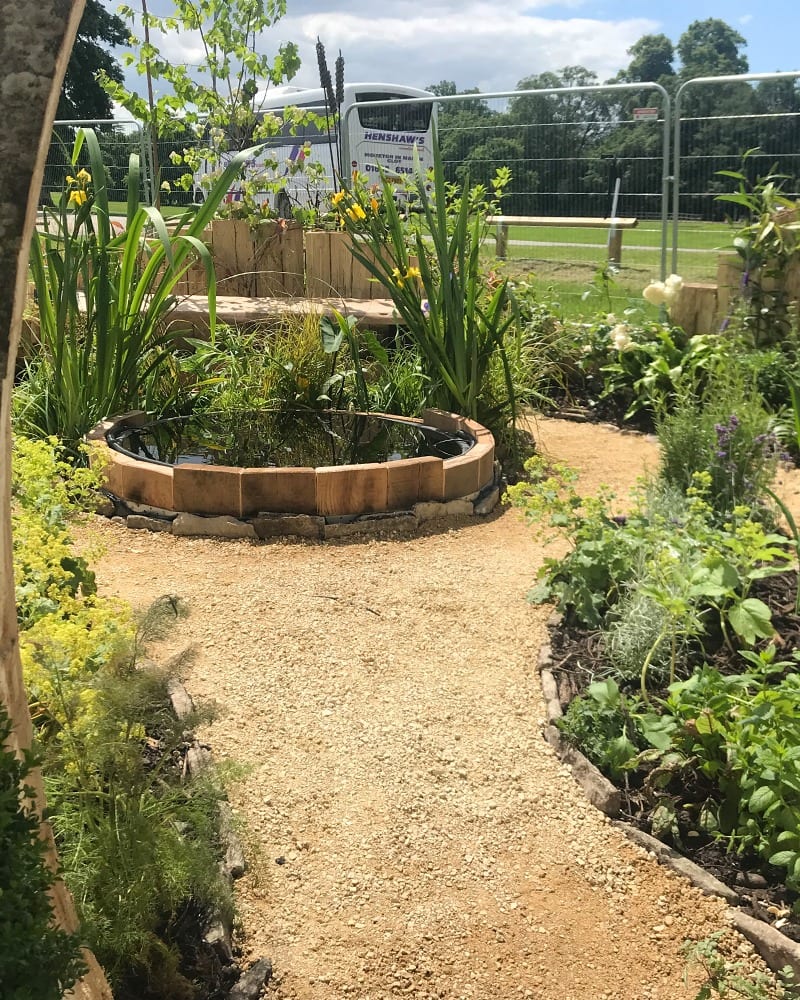 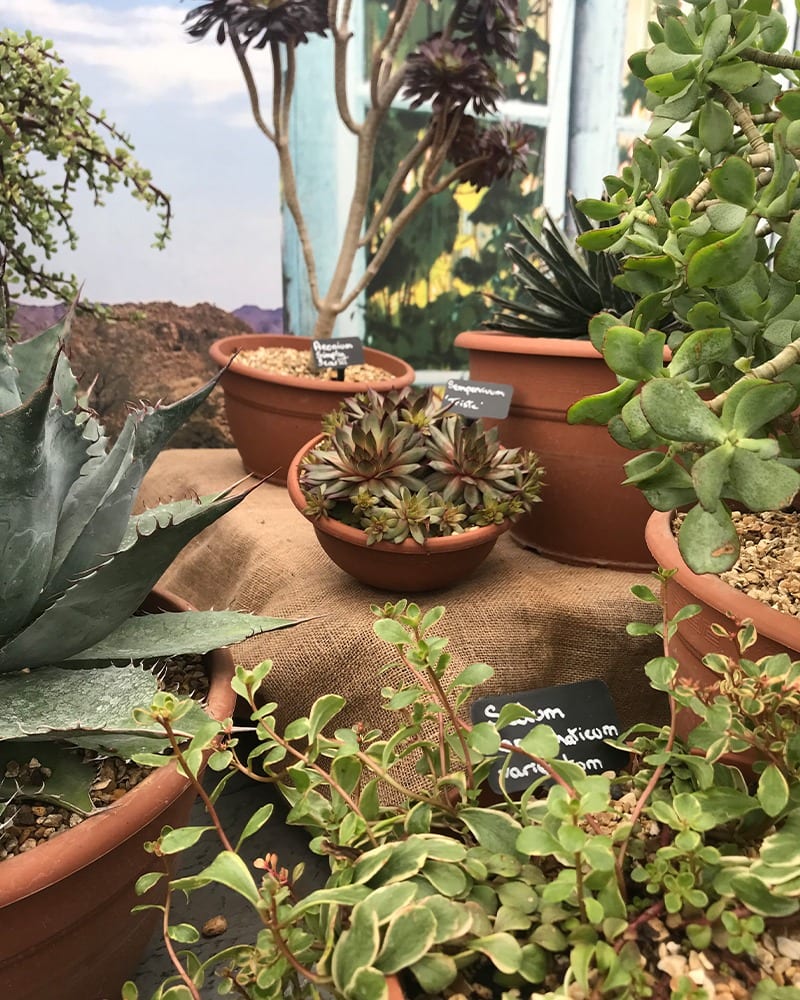 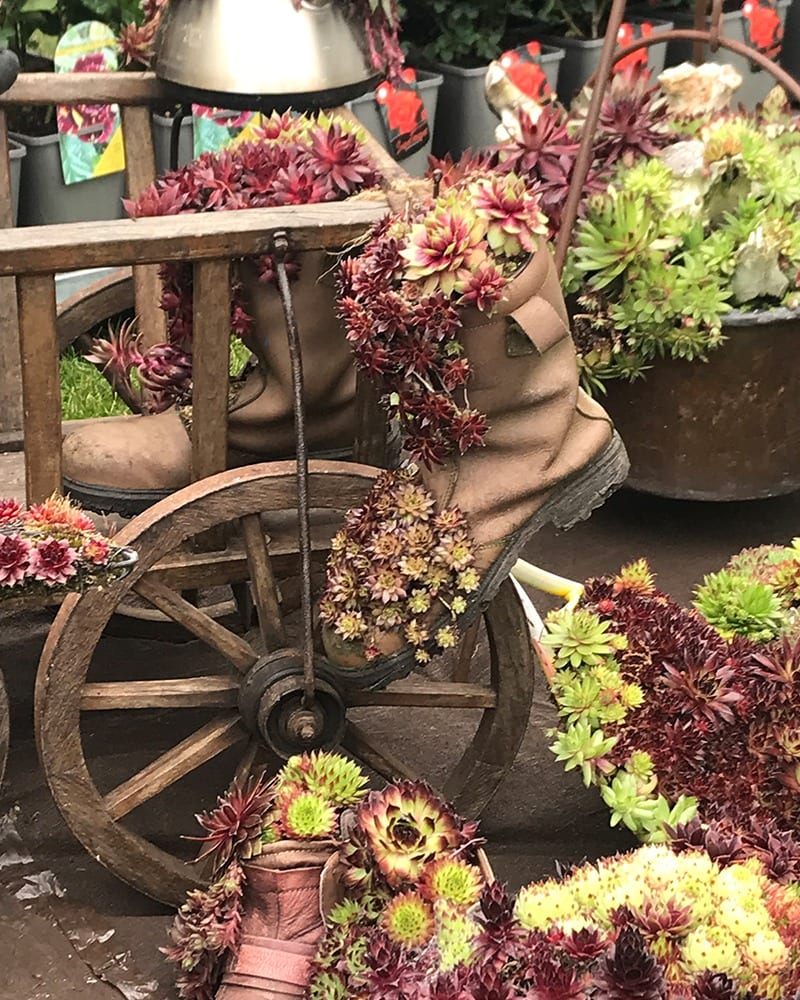 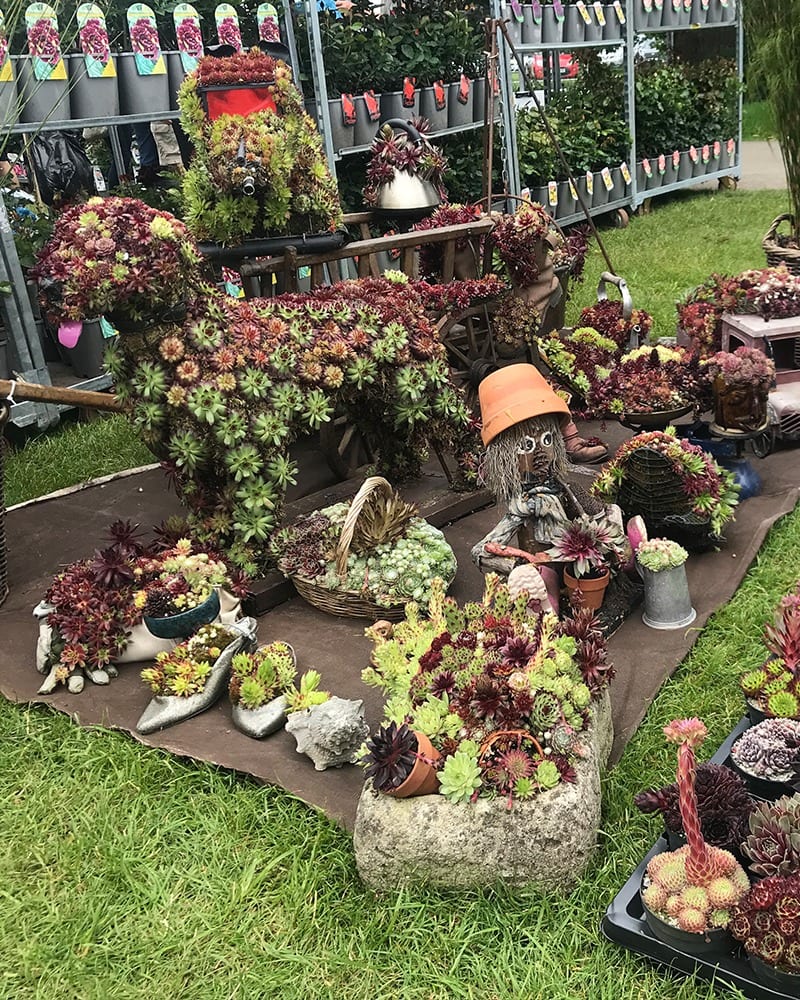 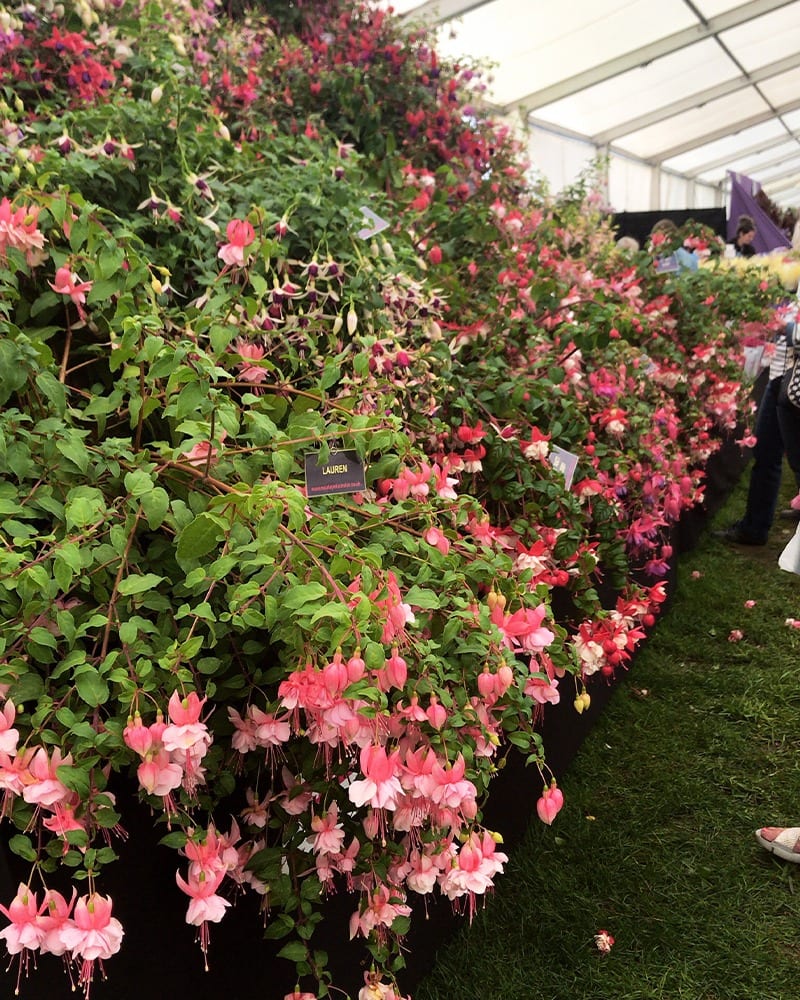 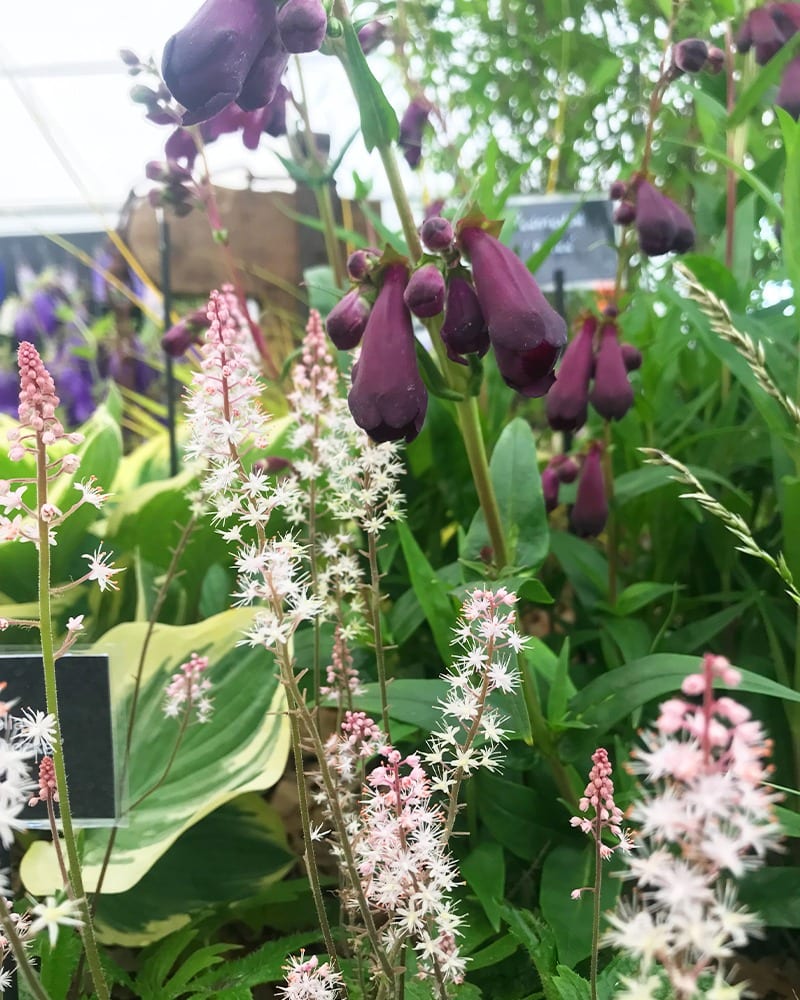 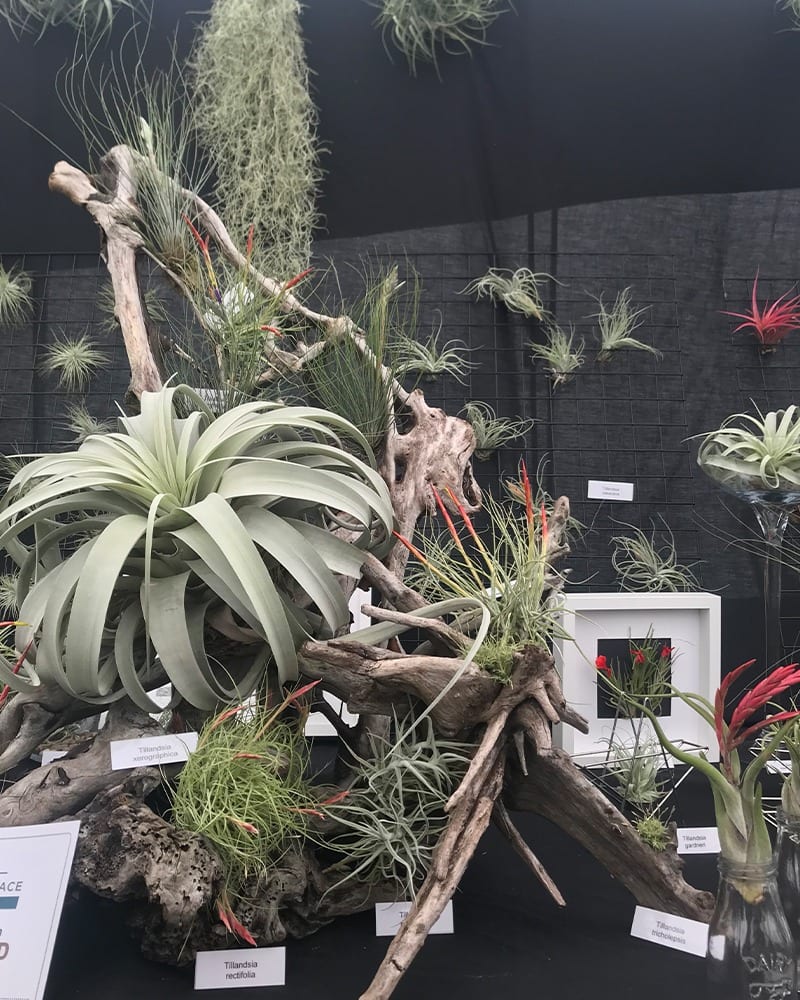 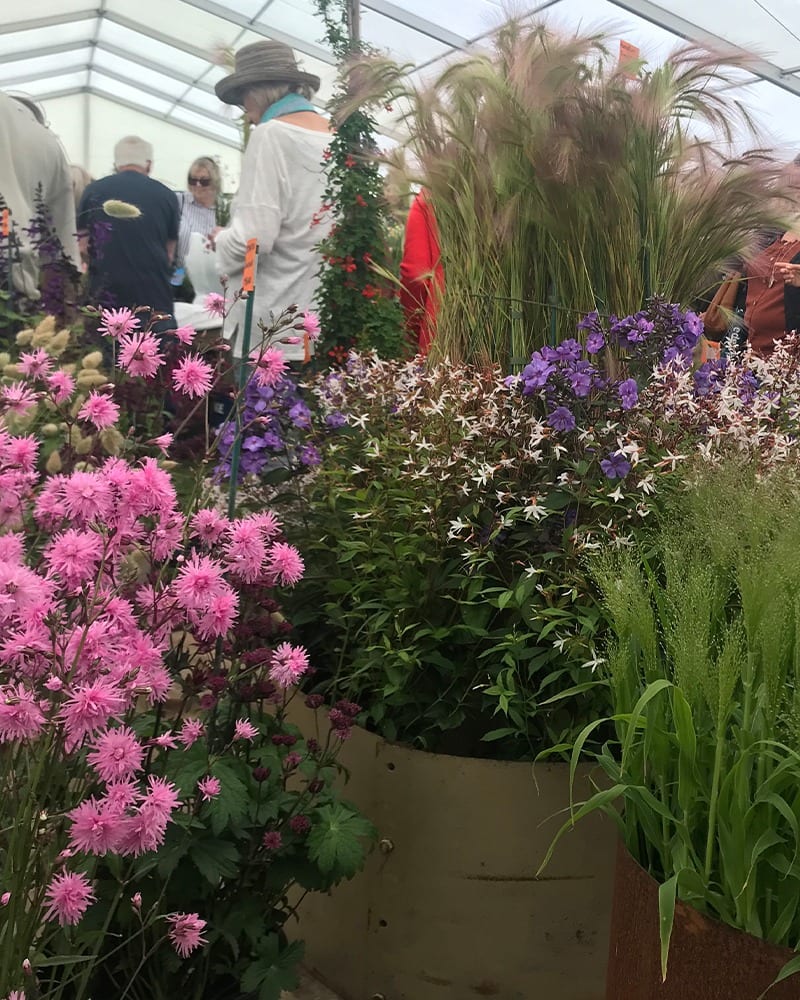 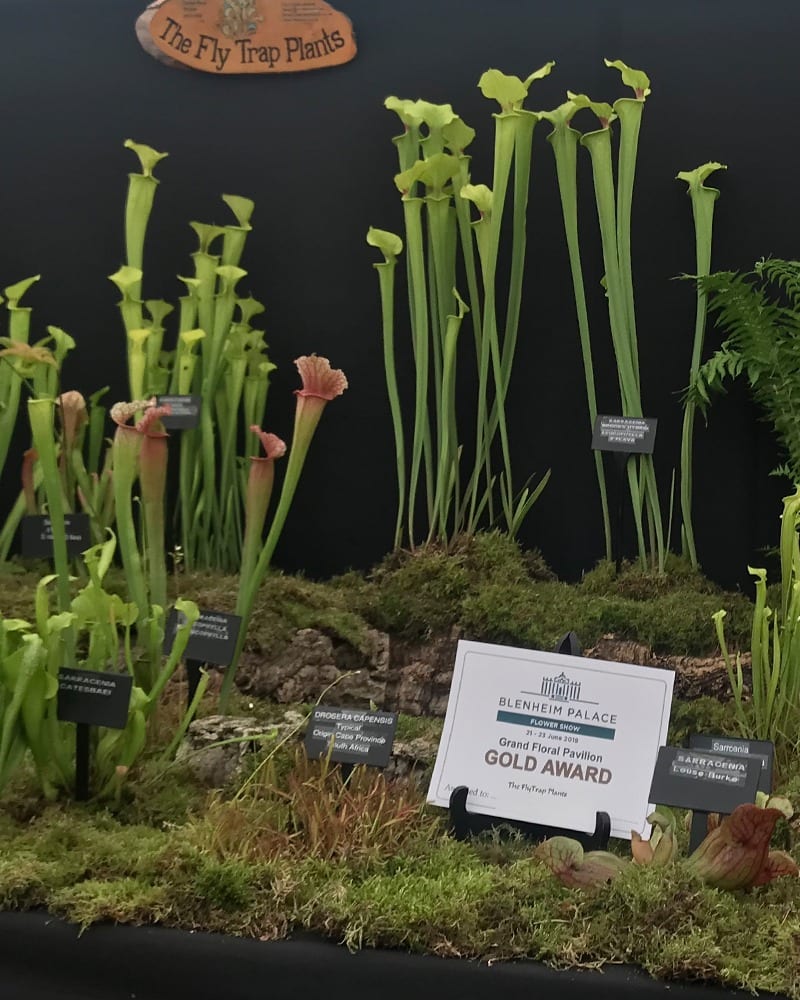 In the National Association of Flower Arrangement Societies (NAFAS) Marquee I was expecting to be impressed and was not disappointed. The arrangements showed off their amazing talents and encouraged some to create their own at the hands-on workshop.

Their creations would have been worthy of guest speaker George Clarke who shared how his love of architecture sprouted and grew during a question and answer session on Friday, 21st June, and later presented the Best in Show award.

As with any good outdoor extravaganza, there was a fabulous Food & Drink Pavilion to tuck in to too right next to the entrance and having arrived with an empty belly, we sampled some delicious gins, fudge, olives, baclava, cheeses and more, not least the amazingl-named cheese The Drunken Monk from the Great British Cheese Company. 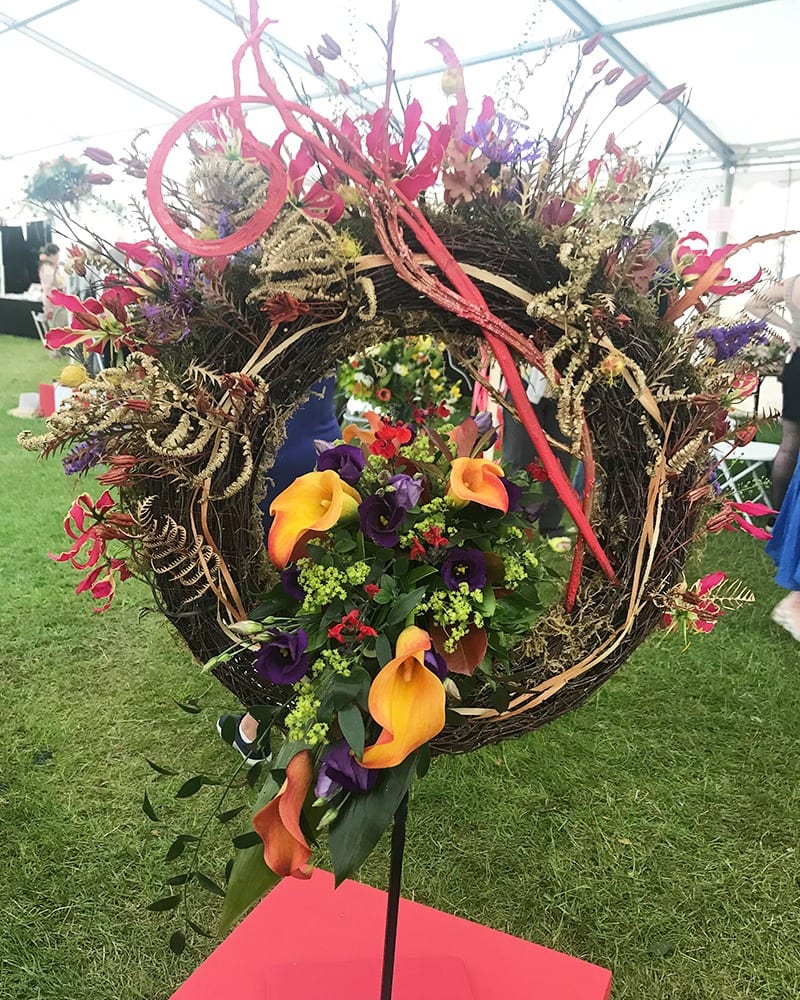 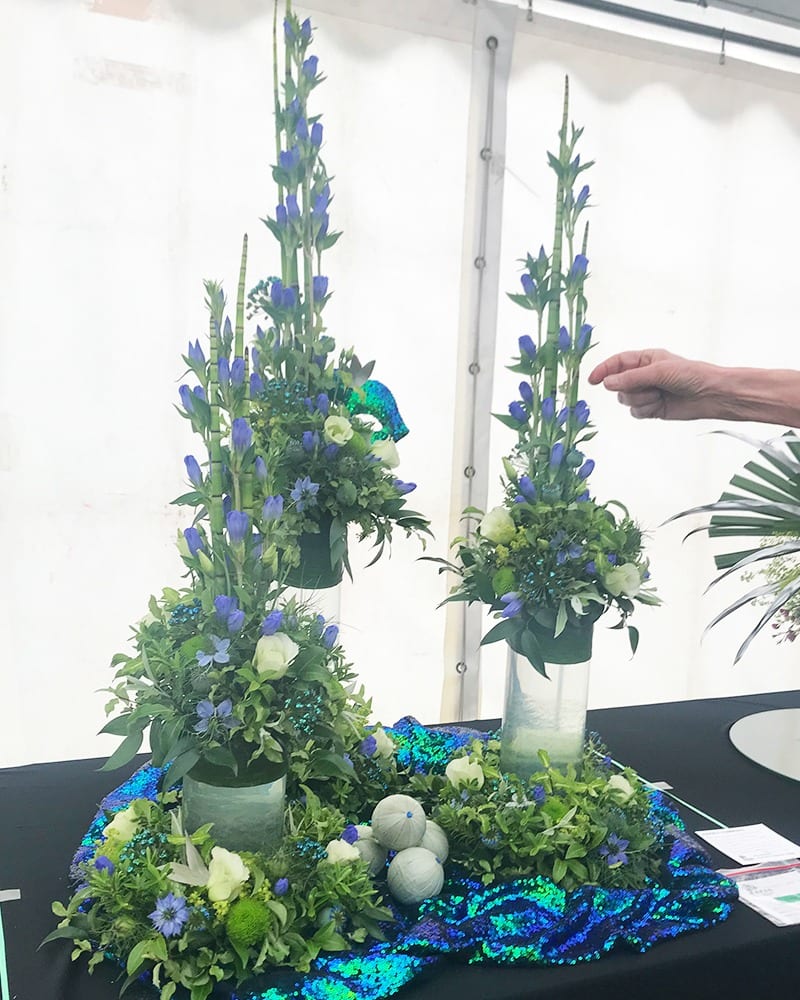 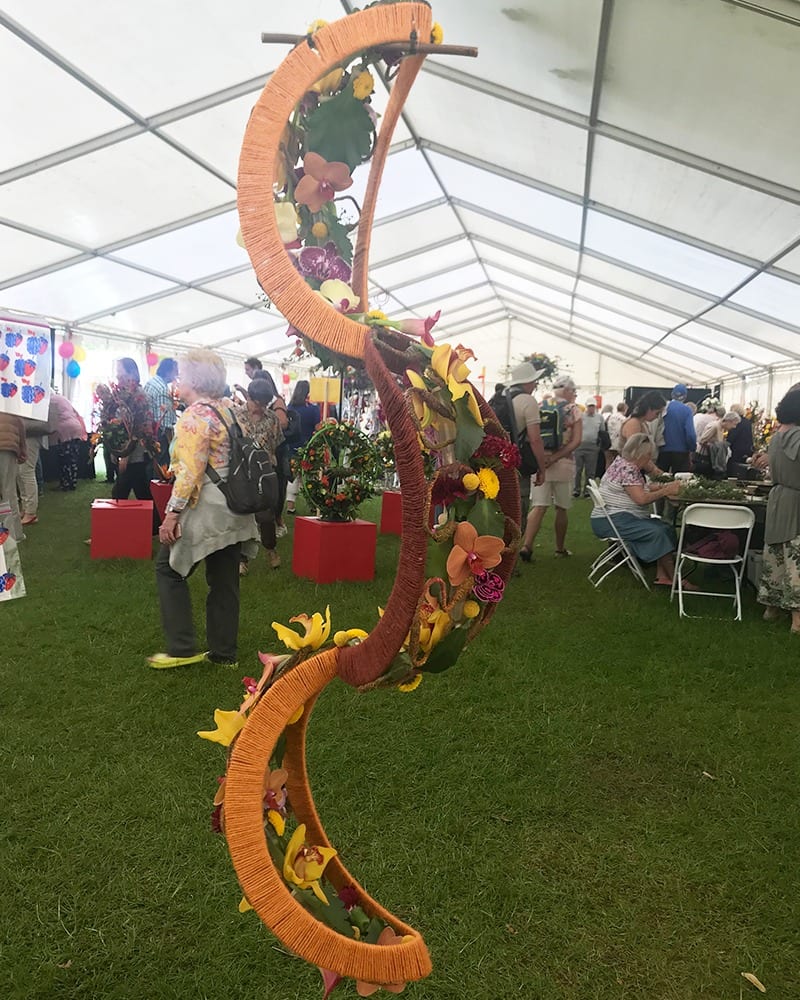 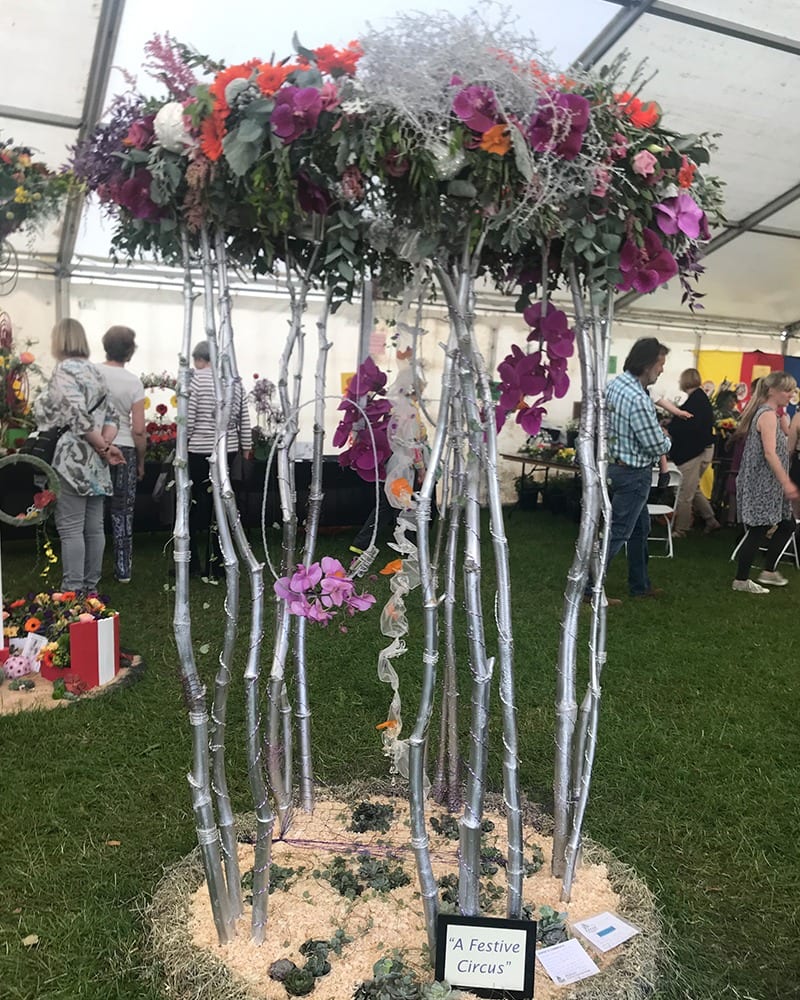 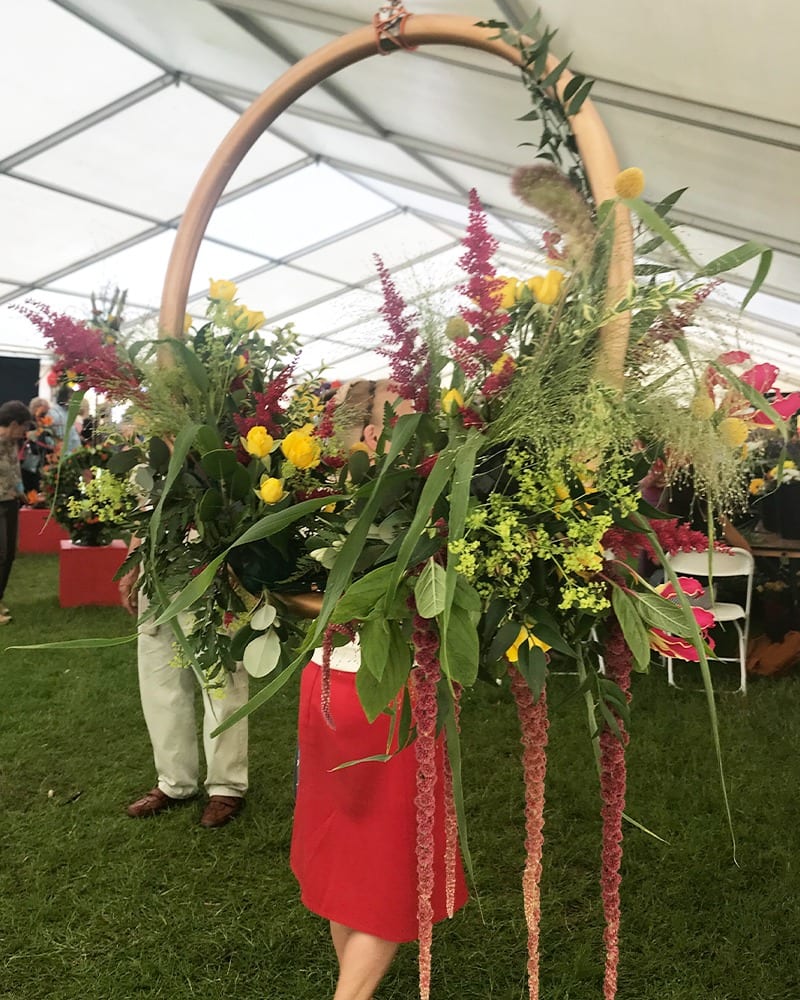 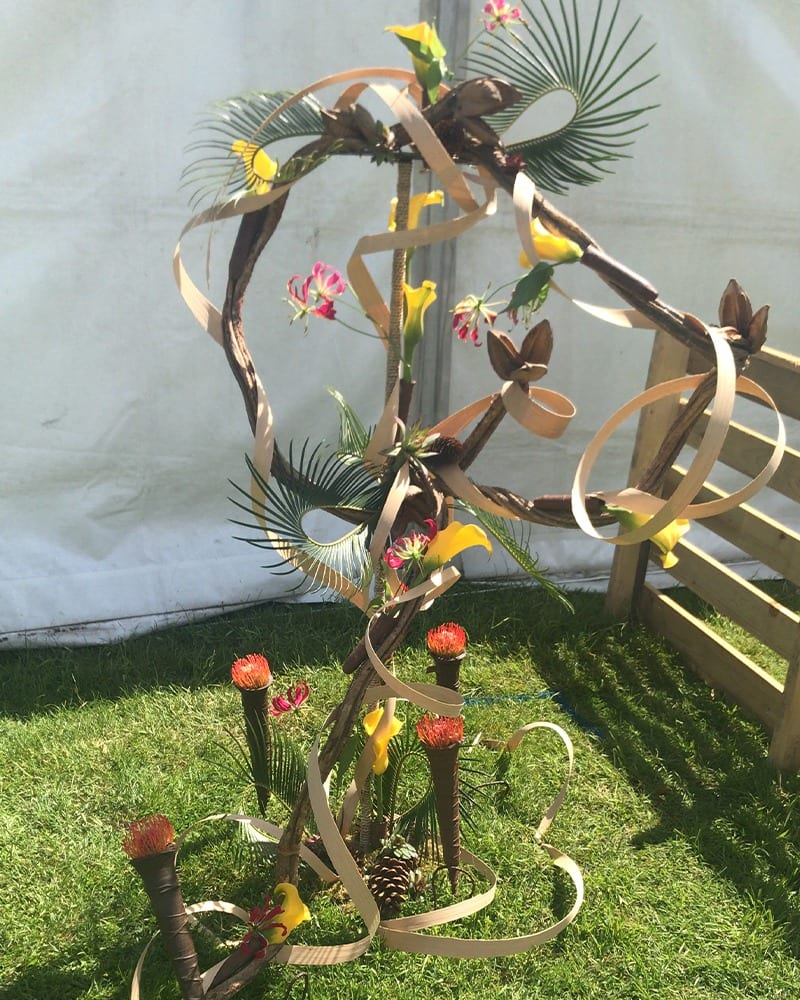 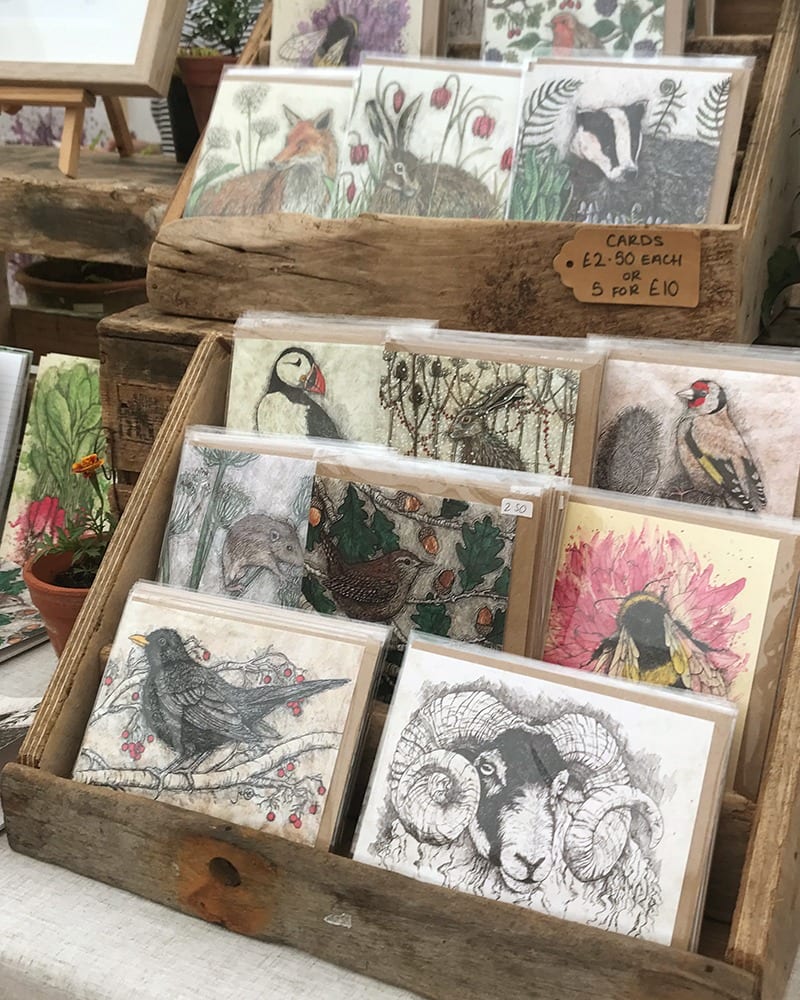 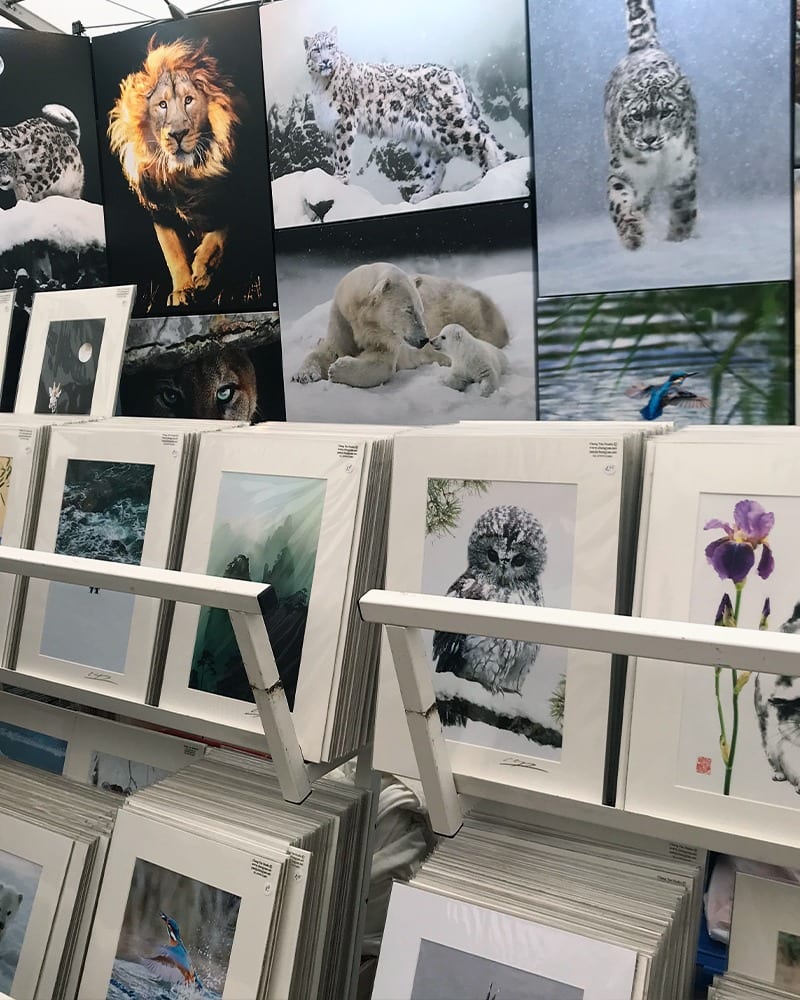 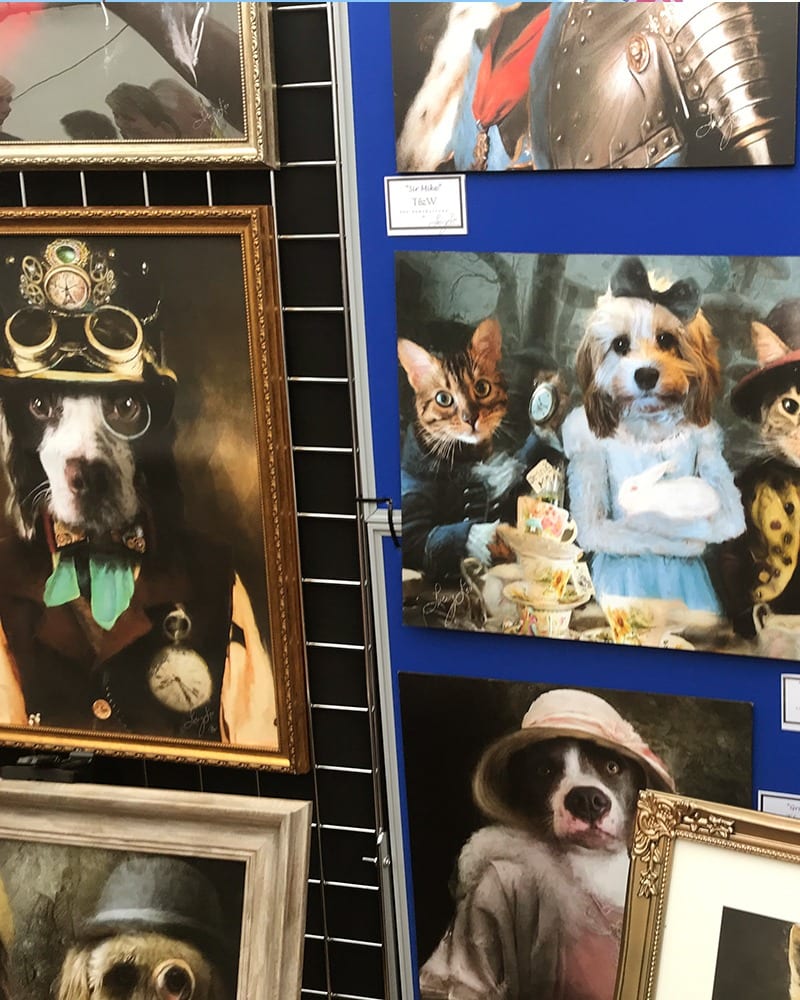 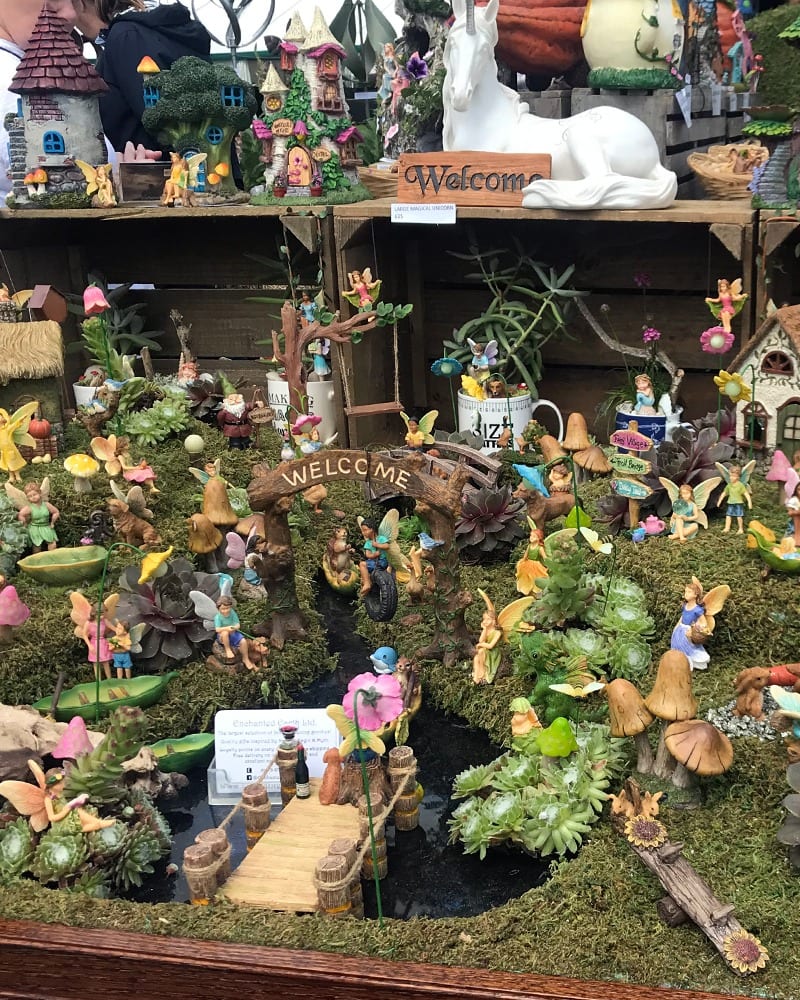 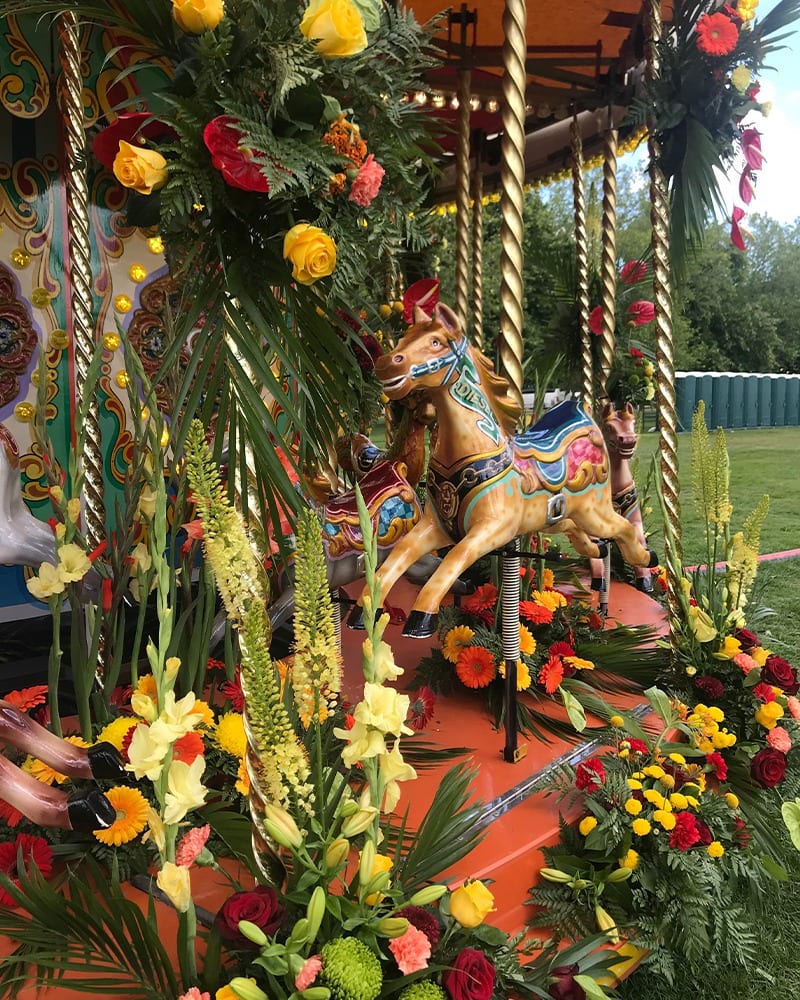 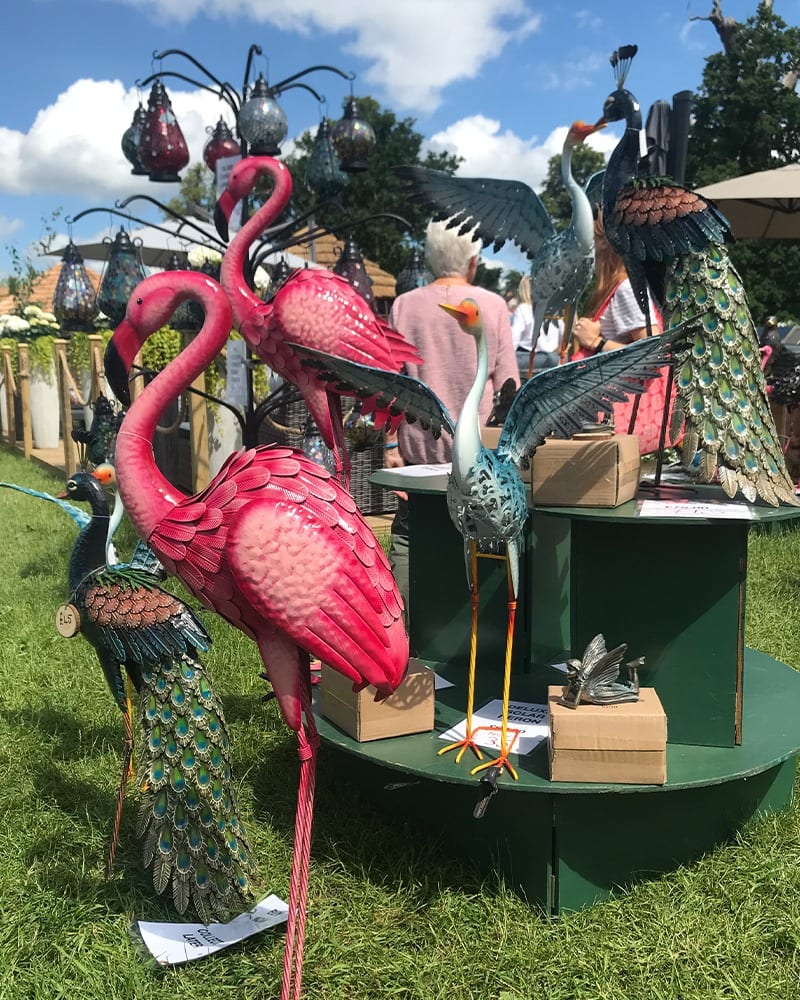 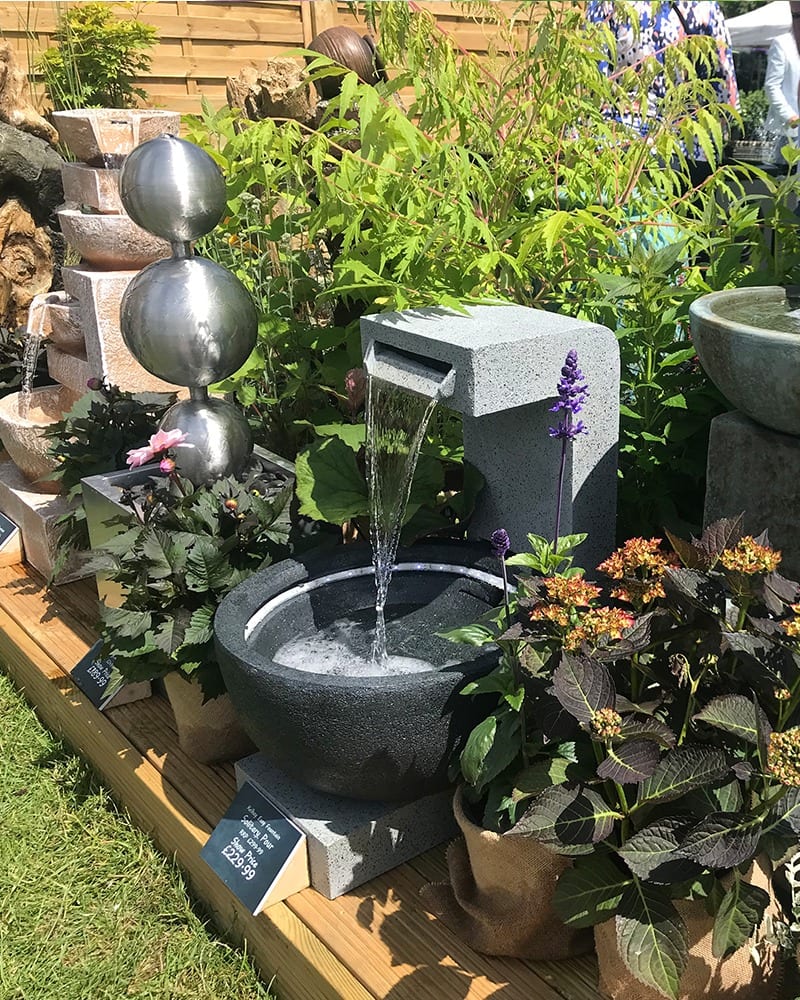 There were plenty of artists and designer stalls as well which caught my eye – especially UK Pet Portraits where your beloved furry friends can be made into a work of art.

A fantastic day made even better by sunshine and lots of dogs. I would definitely recommend putting it in your diary for a future visit – lovers of all things floral, home and inspirational won’t want to miss out.

Don’t worry, we have plenty of ideas for days out this summer in your area!

Journey to Neverland thanks to an open-air musical production of Peter Pan by the Immersion Theatre team, writes Peter Anderson

Once again, the theatre’s artistic director James Tobias combines with composer Robert Gathercole for this latest adaptation of J. M. Barrie’s iconic story about a boy who never grew up.

“I’m incredibly excited to continue expanding Immersion’s portfolio of work,” James tells me. “Peter Pan is shaping up to be another
larger-than-life summer treat for families of all ages, complete with all the ingredients that make an Immersion show such a uniting, and above all fun family experience.”

So, what you need to do is follow young Peter, as he guides Wendy and the Darling boys on an awfully big adventure as they think happy thoughts and fly high to Neverland. Once there, they will meet a collection of well-known characters, from Peter’s friends – the Lost Boys, his close friend the cheeky Tinkerbell, and then of course there is the hilarious Smee and the most feared villain of them all, the evil Captain Hook. Filled with catchy music, heaps of audience interaction (oh yes there is!), and a laugh-a-minute script makes this a hilarious and exciting musical about the boy who never grew up, one where every member of the family will be hooked!

Speaking of Hook, Thomas Cove who plays him says: “It’s such a pleasure to be teaming up again with James Tobias and the great people at Immersion Theatre. It’s not often that chances to play such an iconic character like Captain Hook come along, so as soon as the casting came up, I knew it was something I wanted to be involved with. The team who have been assembled truly bring this timeless story to life. The show is packed with Immersion’s trademark high-energy, fantastic entertainment for all ages, and the beautiful open-air venues we’ll be visiting will be in for a treat.”

The performances are outside, so audience members can take their own picnic, chairs or rugs, and drinks will be served during the interval. After the performance you may also have a chance to meet members of the cast.

Peter Pan - Coming soon to a venue near you!

Peter Pan opened this weekend and has already been wowing sold out audiences so be sure to HOOK your tickets now!https://www.immersiontheatre.co.uk/outdoor-peter-pan-2018/